PTSD, A SHANPSHOT LOOK AND MY SUGGESTIONS FOR HEALING

I sat alone in my car, afraid to get out. I was sure that he was there waiting for me. He had followed me somehow and was lurking behind a car, patiently waiting until I decided to go in. All the potential worst-case scenarios rapidly played out in my mind. “Nope, he’s not going to fool me!” I proudly thought to myself. “I’ve seen this before, not happening again.”

I put my white Wrangler Jeep in reverse and pulled out of the parking space. I was determined to find the mystery man who had just whisked by my driver’s side car door. He had come out of nowhere and just as quickly as he had appeared, disappeared into the parking lot. I put the gear shift in drive and slowly crept around the perimeter of the Meijer parking lot. I was just there to get groceries, but now I was on a mission to find this guy. A guy who had the audacity to walk by jeep, and on top of that, walk fast. “Geez, the nerve of people,” I thought.  I had no plan of what I would do if I did indeed find him, I just needed to get my eye on him.

After about ten minutes of circling the parking lot, I gave up in frustration. Tears filled my eyes. This was maddening. I hated doing this and feeling this way.

“Groceries. I still need groceries,” I remembered. “But the man who walked by my car, my driver’s side door, what about him? No, groceries will have to wait.” I wiped my eyes and drove out of the parking lot. Time spent, completely wasted.

Does what I just described seem a little unusual to you? It should. It’s not normal.

What I just described is a full-fledged PTSD moment in time.  A moment I had about a year ago in a Meijer parking lot while attempting to get some groceries. A moment caused by a man simply walking by the driver’s side of my car. 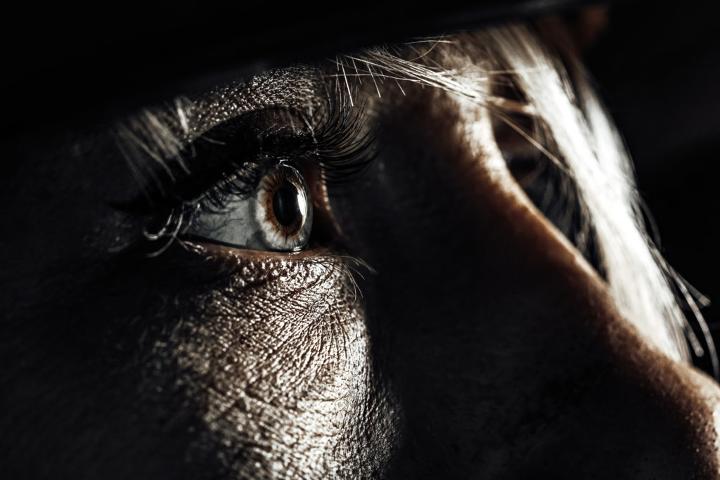 The Ins and Outs of PTSD

One of the ugly things about PTSD is it’s sneaky and sporadic…you never know when it will decide to engage all your emotions and feelings. When it will decide to cause an adrenaline dump that you instantly feel running through your bloodstream, and that makes you feel as if you are IN your trauma again. The racing heart, sweaty palms, rapid breathing…yeah it all comes back in full force and is of course accompanied by loads and loads of anxiety. It’s no day at the park- to say the least.

“Post-Traumatic Stress Disorder” is the official name and more than 3 million people in the US alone suffer from it. One in 11 people in the US have PTSD, so think of 11 people you know, and chances are, at least one of them has PTSD from some kind of trauma. That’s pretty astonishing right? More than 3 million people can relate to the crippling experience I just described. In my opinion, that’s more than astonishing, it’s heartbreaking.

My PTSD came from a violent event I was involved in. You see, I was in my vehicle (a different one than I drive now) when my trauma occurred. I was caught between two gun battles while in the driver’s seat of my Chevy Tahoe in 2020. One of the assailants came up to me on the driver’s side of my car, literally out of nowhere, and he came up fast. I remember that moment when he appeared, and it was as if he had just come out of thin air. The second assailant did the same thing a few minutes later…appeared fast out of nowhere.

So, are you connecting the dots to my PTSD episode in the Meijer parking lot?? The guy who whisked by my driver’s door out of nowhere, who walked really fast…yeah, that was a TRIGGER.

Wikipedia defines a “trauma trigger” as a “psychological stimulus that prompts involuntary recall of a previous traumatic experience.” The definition goes on to explain that the stimulus itself doesn’t have to be frightening or traumatic for it to cause this reaction.

Just look at the guy walking by my car- this is not frightening or traumatic on its own, but when coupled with the recall of a traumatic experience that was extremely frightening and traumatic, you can easily make the connection.

Triggers can come in all shapes and sizes and you don’t necessarily have to be involved in a violent trauma like I was to have them. It’s anything that reminds you and causes you to have an adverse reaction to a past trauma.

This poor guy in the parking lot wasn’t harming anyone and was probably just taking a shortcut to his car. He had no idea the rabbit hole of anxiety he had sent me down, just by walking quickly by my door. He had no idea that he would cause me to abort all logical thinking and forego my grocery pick-up.

This is what PTSD does, and so much more.

Why do I write about this? For the same reason I write about all my other trauma related issues…because there are SO many people out there dealing with issues like this and far worse. There’s 3 million.

SO many people not only experience trauma, but then deal with the aftereffects, and sometimes deal with them for a lifetime.

This is where I want to make a solid point. You’ll never erase your trauma. This is a tattoo on your soul, and it will always be there. You’ll also never fully erase the aftereffects, but you CAN rise above them. They don’t have to control you. Let’s just say since I’ve been on my healing journey, I haven’t driven around the Meijer parking lot anymore. When I go to the grocery, I actually get groceries now.

While PTSD can be crippling, it is treatable and something that can be worked through. Obviously, therapy is usually needed in this case- I did my fair share.

If you search your web browser for PTSD treatment therapies, you will actually find quite a few different options, so rest assured this is not something you have to just deal with. There is help. I have done EMDR therapy which stands for “Eye Movement Desensitization and Reprocessing” and Neurofeedback. I won’t go into the specifics of either- just research them to find out more. Both were effective in helping me to heal.

I also cannot stress enough the importance of finding the RIGHT therapist. I have had experience with ones that were the perfect fit, and then NOT the perfect fit. In order to heal, you must be an advocate for yourself and not be afraid to find a different therapist if the one you are currently working with is not being effective. This is about you, not them, so don’t be afraid to make a change if you need to. My therapist has literally been a rock in my life at certain times. I know I can always call her and go in for a tune up if needed, and that is worth its weight in gold. 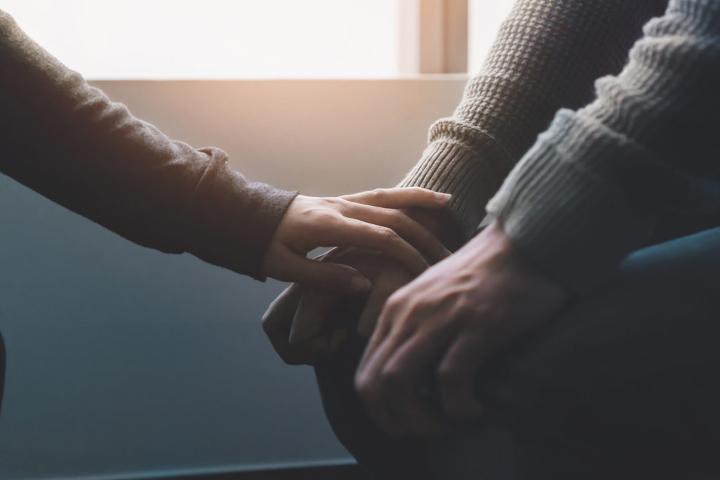 If you or someone you know has suffered from a trauma, hear this. First you or they need to simply acknowledge and identify the trauma. If you are reading this and relating to it on some level, then you have most likely had a trauma of some kind, and there’s probably work to be done.

Have you dealt with it? Have you acknowledged it to yourself and others? Or are you suppressing it? I know the suppression game well (I played it for a while) and let me just say, suppression just leads to depression. You won’t get anywhere until you look at your PTSD, along with all its triggers and say, “I’ve had enough of you- let’s get to work.”

I won’t pretend this is a quick fix because it’s not. Sometimes triggers don’t go away completely, they just lessen. I’m still working on mine, but I know with each year that passes, with each year that I get further and further away from my actual trauma, more chains of control fall off. This trauma and all its glory hold onto me less and less. It does NOT define me, I define myself. My experiences do NOT control me, instead I control how I react and learn from them.

The same is true for you my friend. You too can rise above the trauma and its aftermath and break free of the chains.

Where do you start?

If your life is ruled by triggers, if they are getting in the way of everyday life (like mine were) and you haven’t dealt with them (like I wasn’t), then there is no time like the present. Reach out to someone. Someone you can trust and pray with. Get support. Find a good therapist that specializes in trauma and PTSD. Research effective therapies and then try one. Journal (we have a great one that will soon be available), pray and spend time with God each day. These are the bricks you need to lay in the foundation of your healing.

Keep going. Keep taking steps each day to defeat the triggers that so desperately want to pull you down. Don’t be ashamed of them, instead work through them with the appropriate help and support; this is the only way to truly defeat them. Know you will feel something awesome and amazing as you work through the grit and grime, and that feeling is victory. Victory within yourself knowing that what was meant for harm, God meant for good, and He gave you the tools, strength, and resources to carry on.

So go on and get out of your car. Get your groceries and stop driving around. There’s life to live and it’s good because it’s yours.